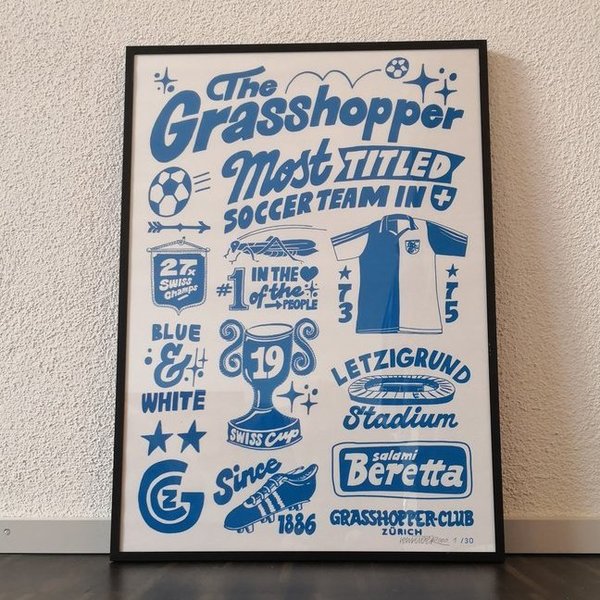 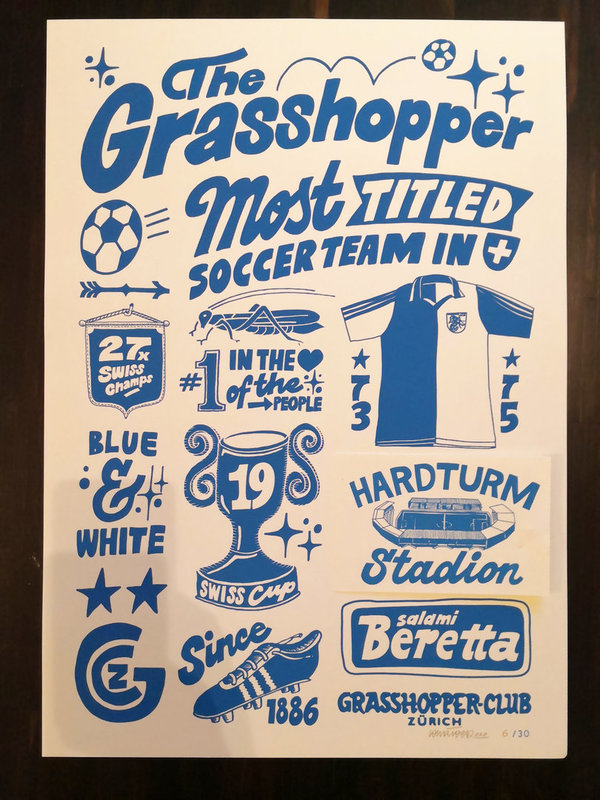 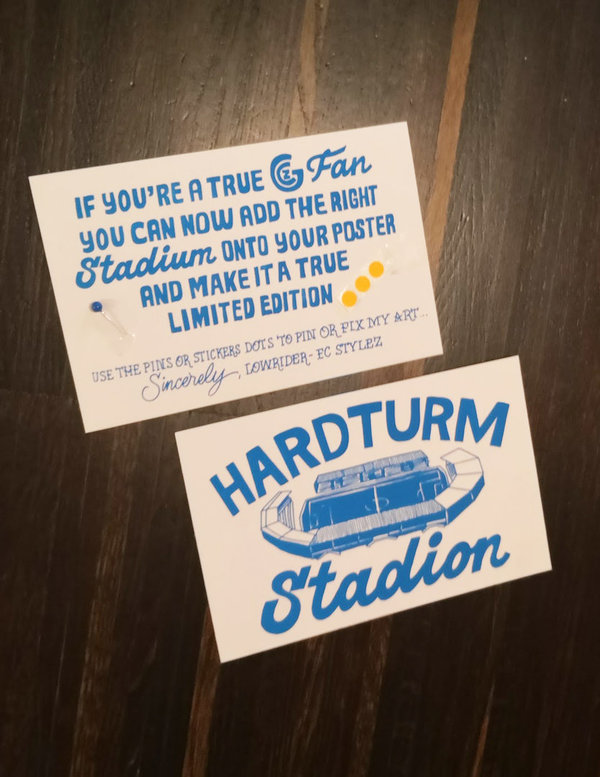 One of my earliest childhood memories is of my father cheering for his favorite football team, the Zurich Grasshoppers. He was already a big GC fan back then and has up to this day always remained loyal to his favorite club. It goes without saying that the first shirt I owned was a jersey from GC.

The Grasshopper Club Zurich is a club that represents various sports. The oldest and most famous division is the GC football team. With 27 titles, GC holds the record for winning the most Swiss football championships and was also the most successful team so far in the Swiss Cup thanks to 19 victories. Due to its repeated participation in European Cup and UEFA Champions League matches, GC also earned international recognition.

I designed this poster for FC Stylez 2020 because it will make my father proud.

Erratum: The original poster shows the Letzigrund Stadium, together with the order an add-on is delivered which shows the Hardturm Stadium.

It is upon printing his first stickers at the dear age of 8 that Serge Nidegger knew he would make it his job.

After learning the tricks of the trade the regular way, he realizes that the only way to keep on printing & painting with passion is to open his own studio, in 2000 he start Lowrider.

Serge claims belonging to a craftsman tradition that goes back to the 60's, from the sign painters and the computer free era. The experimenting that we find in his work can also be found in the numerous collaborations he leads with designers, brands, rock clubs, art galleries and festivals, seizing those opportunities to try to push things forwards.