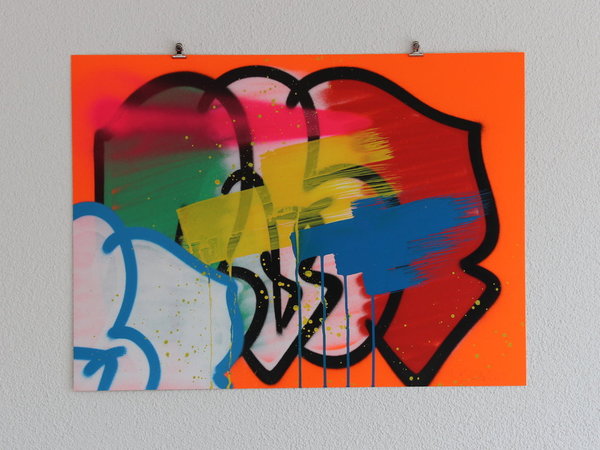 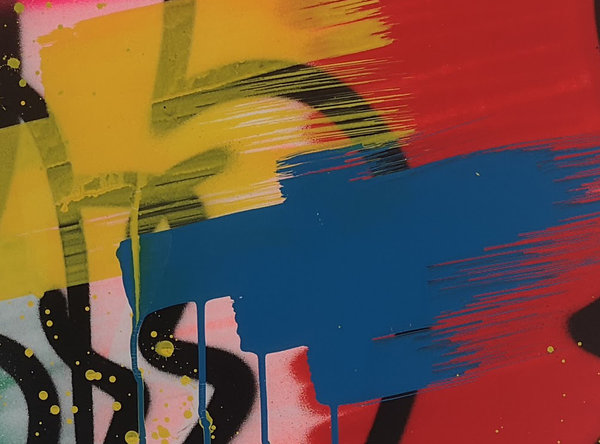 Eleven posters you shall be.

Soccer got a penalty card by Covid19: first the yellow one, then the red one. No bawling in football bars, no bets in the schoolyard, no stickers with soccer players are being traded on the streets, no "Did you see that?!" and no "I could have done better! My FC Stylez 2020 work consists of 11 posters showing a total of 11 footballer players. They slide, fight and foul. They are warned or banned. The hard fight does not pass them by without leaving a trace. Scratches and injuries are simply part of it. Games are lost and won and with each additional game, another scratch is added.

Each of the posters is unique. Together they form the unit of a team with 11 members.

Bustart began his art career in 1999 with classic graffiti. Between 2005 and 2011, he discovered his interest in street art and deepened his knowledge of new techniques: In addition to the classic letters, he began to work with portraits, cartoons and stencils. In 2011 he tried to mix different styles, merging comic figures with the same body structure. Out of these experiments, his very personal style was born, which he calls "Graffiti-Pop". This art style combines graffiti, pop art and cartoons. Bustart likes to travel and has been able to exhibit his work worldwide, from Basel to Paris, Munich to Rotterdam, Dubai to Cairo and New York City to Miami.